skip to main | skip to sidebar

I've begun using Tumblr: http://forkeepingtime.tumblr.com/.
Posted by Michael at 10:10 AM

Borges, Memory, and the Library

From "This Is Your Brain on Borges":


In Buenos Aires, he contacted the author's widow, María Kodama, and after several long discussions, she invited him to visit Borges's private library. Quiroga made repeated visits, experiencing what he says felt like an "intimate conversation" with the icon of Argentine literature. ...

"It was like a treasure," he says, describing his sojourn in Borges's stacks, where he found books by William James, Gustav Spiller, and other figures in philosophy and psychology.

Quiroga was excited by Borges's annotations. Not marginalia exactly. Borges liked to write notes on the title page or last page of a book, in a minuscule hand, before he went blind. Later he would ask those reading to him to write the annotations. ...

We live in a "Funes kind of world," he writes, suggesting that the media's bombardment of our senses gives a feeling of the inundation that Borges's protagonist [in "Funes the Memorious"] endures.

From "Open Access to Scientific Research Can Save Lives":


Every institution of higher learning should ensure that peer-reviewed versions of all future scholarly articles by its faculty members are made open-access through a designated repository that captures the institution's intellectual output.

A reading list distributed to Orbis Cascade Alliance library directors in preparation for a strategic planning discussion to begin next week:

A Book Only in the Abstract Sense?

One of my companions today has been The Oxford Companion to the Book. While reading the online version, I discovered that I was only reading a book in "the abstract, non-corporeal sense":


book (1): A word that has long been used interchangeably and variously to signify any of the many kinds of text that have been circulated in written or printed forms, and the material objects through which those words and images are transmitted. The ancestor of the modern word ‘book’ is used in both senses in Anglo-Saxon documents. This Oxford Companion is a book in the abstract, non-corporeal sense (and can be thus described in its Internet manifestation), and also in the physical sense of a three-dimensional object in codex format.

The Paradox of Writing

"The paradox lies in the fact that the deadness of the text, its removal from the living human lifeworld, its rigid visual fixity, assures its endurance and its potential for being resurrected into limitless living contexts by a potentially infinite number of living readers." --Walter Ong, "Orality and Literacy: Writing Restructures Consciousness"
Posted by Michael at 9:18 AM

The Advent of the Unwritten Book in the New Atlantis

"The Book contained all the canonical books of the Old and New Testament, according as you have them ... and the Apocalypse itself, and some other books of the New Testament, which were not at that time written, were nevertheless in the Book."
Posted by Michael at 9:42 PM 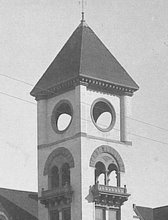